A SPECIAL VALENTINE SHOW –  Ms. Joey Albert is an Original Pilipino Music (OPM) Icon who was born in the Philippines. Albert catapulted onto the Philippine music scene in 1984 with the release of her debut album Joey Albert featuring the hit singles “Tell Me” and “Over and Over”. Her most loved songs include “I Remember the Boy”, “Without You”, “Ikaw Lang ang Mamahalin”, which solidified her position in the OPM genre.

She is singer, songwriter, actor, host and champion fund-raiser for the Cancer Society and Marian ministries . Together with The CompanY, she will bring her multi-platinum award-winning music to the River Rock Show Theatre on Saturday, February 15 for a special Valentine show.

The CompanY (stylized as The CompanY) is a vocal group based in the Philippines. Its current members are Moy Ortiz, Annie Quintos, Sweet Plantado and OJ Mariano. The CompanY has released more than 20 albums to date with unforgettable singles including “Everlasting Love”, “Muntik Na Kitang Minahal” and “Now That I have You”.

Veterans of the concert circuit both in the Philippines and abroad, The CompanY have had the privilege of sharing the stage with international acts like The Manhattan Transfer, Jim Brickman, Noel Pointer, John Ford Coley, David Pack, Ambrosia, Survivor, Kalapana, Kenny Rankin, Michael Buble, Steve Tyrell, Basia, David Pomeranz , The Idea of North (Australian vocal group) and Janis Siegel of The Manhattan Transfer. 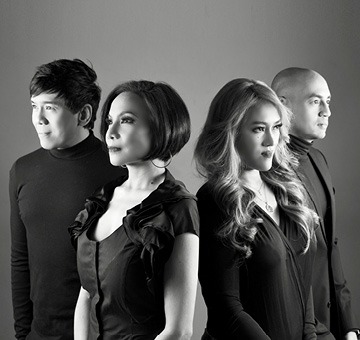