Relive the timeless and uplifting music of ABBA with Vancouver-based tribute band, ABRA Cadabra. For the past 15 years, ABRA Cadabra has been touring the world and celebrating ABBA’s music with their high-energy captivating stage show.

As fans of ABBA’s music, ABRA Cadabra band members are focused on recreating the amazing music and legacy of the Swedish super group with powerful vocals and unique performances that paint stories about the real ABBA.

ABRA Cadabra has graced many stages around the world and will return to their hometown to take the stage at River Rock Show Theatre on Friday, April 27, 2018. Opening for their show is Ryan Langevin, performing a set as “The Piano Man’, presenting a heart-felt and genuine tribute to Elton John. 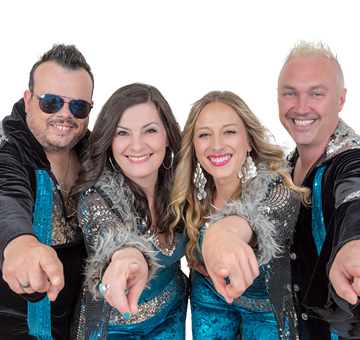