The Grammy-nominated comedian has been entertaining audiences for thirty years with his provocative stand-up comedy. From his HBO special That Ain’t Right to his scene-stealing cameos in Entourage and The Aristocrats, Saget is best when he embraces his dark side.

Joining him on stage is Todd Allen, Canadian comedian, writer and producer based out of Vancouver and Los Angeles. His comedy act is continuously featured on television and radio. Past appearances include: The Late Late Show with Craig Ferguson on CBS, Comedy Now on CTV and the Comedy Network.

Tickets are on sale now, with prices starting at $79.50 (plus service charges). 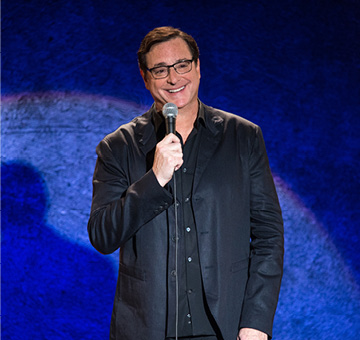