Grammy award-winning Boz Scaggs will take the stage at the River Rock Show Theatre for one show only on Saturday, May 30, 2020.

Born William Royce Scaggs in Canton, Ohio on June 8, 1944, he grew up in Oklahoma and Texas, where he spent his teenage years immersed in the blues, R&B and early rock ‘n’ roll. After several years as a journeyman musician Scaggs spent time travelling Europe, the Middle East and Asia, eventually settling in Stockholm where he recorded the album Boz.

Returning to the U.S. in 1967, Scaggs launched his solo career with 1968’s seminal Boz Scaggs LP. Scaggs continued to mine a personalized mix of rock, blues and R&B influences, along with a signature style of ballads on such influential ’70s albums as Moments, Boz Scaggs & Band, My Time, Slow Dancer and 1976’s Silk Degrees. The latter release became a massive commercial breakthrough, reaching Number Two and remaining on the album charts for 115 weeks. It spawned three Top 40 hit singles, including “It’s Over,” “Lido Shuffle” and the Grammy-winning “Lowdown.”

Despite his ’70s successes, Scaggs spent much of the 1980s out of the music-biz spotlight. He returned to the studio after an eight-year hiatus and released, Other Roads, Some Change, Dig, and the Grammy-nominated Come on Home. A pair of albums of jazz standards, But Beautiful and Speak Low, the latter topping the Billboard Jazz chart, demonstrated Scaggs’ stylistic mastery, as did the Southern-flavored Memphis and the rhythm and bluesy A Fool to Care. 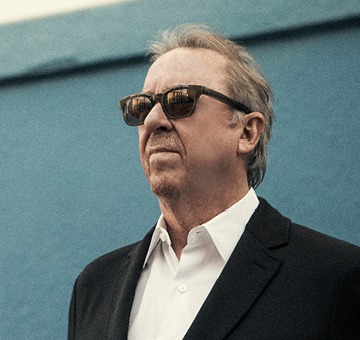