A comedy legend in film, television and the stage, Craig will be bringing his hilarious observations with a bit of a Scottish bent to Metro Vancouver! Come see the former late night star as he talks about current events and the absurdities of life in this 18+ show. Craig continues to play sold out venues worldwide and will be taking center stage at the Molson Canadian Theatre at Hard Rock Casino Vancouver on Friday, September 21, 2018 at 8pm and at the River Rock Show Theatre on Saturday, September 22, 2018 at 8pm.

Tickets go on sale June 22, 2018 with prices starting at $89.50 (plus service charges). For more information and to purchase tickets, go to HardRockCasinoVancouver.com and RiverRock.com 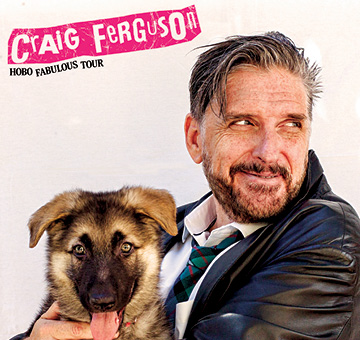