Tony Award-winning Lea Salonga brings her powerful voice and perfect pitch to River Rock Show Theatre on Saturday, May 25, 2019. Fans of all ages recognize Lea as the singing voice of Princess Jasmine from Disney’s Aladdin, and Fa Mulan from Mulan and Mulan II.

Lea began her career as a child star in the Philippines, making her professional debut at the age of seven in the musical, The King and I. She began her recording career at the age of ten with her first album, “Small Voice”, which received a gold certification for reaching 500,000 copies in album sales. Her big break came when she was selected to star in the megahit musical, Miss Saigon, in 1989. Lea also starred as Eponine in the musical Les Miserables on Broadway and returned to the show as Fantine in the 2006 revival. In her illustrious 37-year career, Lea has received many accolades and performed to sold-out shows all over the world. 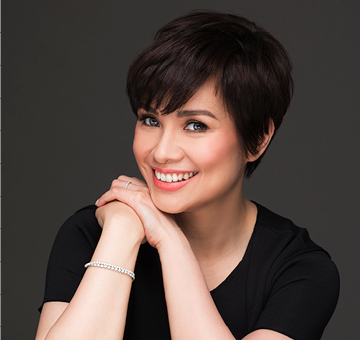