An Olde English Christmas with Herman’s Hermits Starring Peter Noone

One of the most popular bands from the 60’s British Invasion, Herman’s Hermits Starring Peter Noone will be performing An Olde English Christmas at River Rock Show Theatre on Friday, December 22.

It was in 1961 when Noone first made a name for himself as a child actor playing “Stanley Fairclough” on the long-running British soap opera, Coronation Street. The Manchester native achieved international fame at the age of fifteen when he became “Herman”, lead singer and frontman of Herman’s Hermits. The group released several hits including “I’m Into Something Good”, “Mrs. Brown, You’ve Got a Lovely Daughter”, and “There’s a Kind of Hush”. In total, the band released fourteen singles with seven of their albums earning Gold status.

Noone soon made numerous international television appearances on such variety shows as The Ed Sullivan Show and The Dean Martin Show. He also starred in three highly successful feature films for MGM including When the Boys Meet the Girls. During the 80’s, he starred on Broadway in Gilbert and Sullivan’s The Pirates of Penzance playing the role of “Frederic” while the 90’s saw him embark on a four-year stint as the host of VH1’s My Generation.

Today Noone can be heard on SiriusXM Radio’s 60’s on 6 channel where he hosts the show, Something Good with Peter Noone. Additionally he and the band continue to perform to sold-out audiences with their fans spanning the generations.

Tickets are $49.50 (plus service charges). For more information and to purchase tickets, visit www.riverrock.com 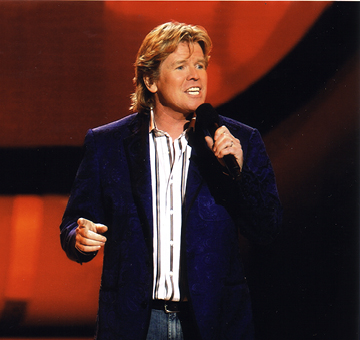