Meet Bijay – Tramonto’s Demi Chef. Hailing from Kathmandu in Nepal, Bijay has lived in Vancouver for three years and has worked at Tramonto for over two years. 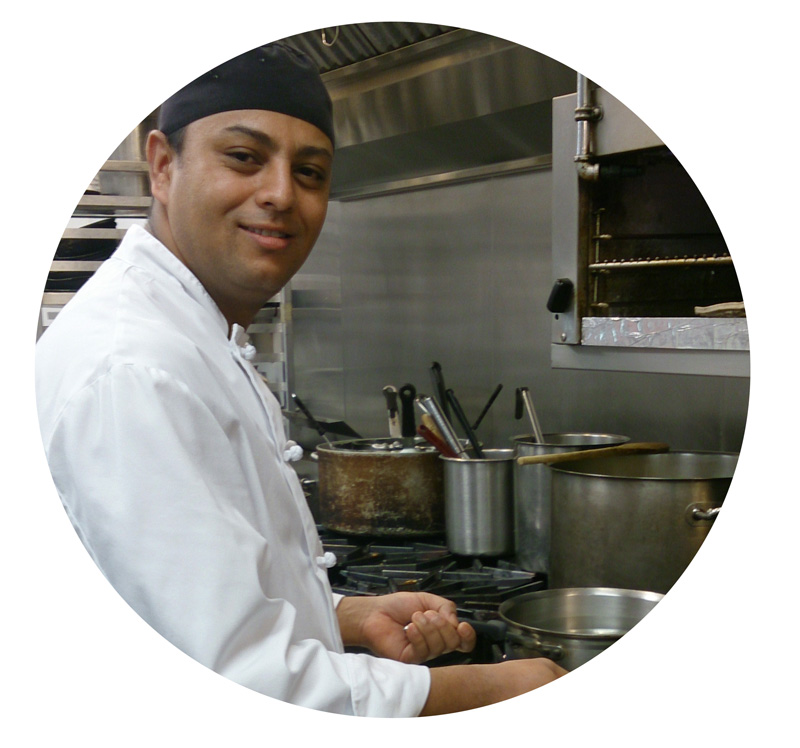 Bijay comes from a family who have a great passion for cooking. As a child he watched his mother create fabulous meals for the family and his uncle (his mum’s brother) is an executive chef at a five star hotel back in Kathmandu, Nepal. Bijay says that his uncle’s culinary success and seeing how his uncle uses his skills, knowledge and techniques every day to create amazing dishes is what drove him to follow in his footsteps.

Bijay studied in Sydney, Australia at the Holmes Institute for two years where he gained a Culinary Diploma. He began his career working at a small family run restaurant in Sydney, after working there for three years he moved on to work at Maze by Gordon Ramsey in Melbourne at the Crowne Casino. He worked there for one and a half years before moving to Canada. He says his experience here helped sharpen his skills and techniques; although he was not working under Chef Ramsey directly, he did meet him on a couple of occasions when he was paying his routine visits to the restaurant.

When asked about what he enjoys most about working as a chef, Bijay said “learning and understanding about different foods every single day” and what he enjoys most about working at Tramonto – “learning something new on every single menu created by our Sous Chef, Robert Mackay”. Talking about menus, Bijay’s favourite dish on the Tramonto menu right now is the persillade crusted rack with roasted cauliflower and Parmigiano-Reggiano risotto ratatouille stuffed Allegro tomato and herbes de Provence mustard jus.

If you are wondering where Bijay likes to eat when he is not working, here is your answer – he like to dine at White Spot with his family.